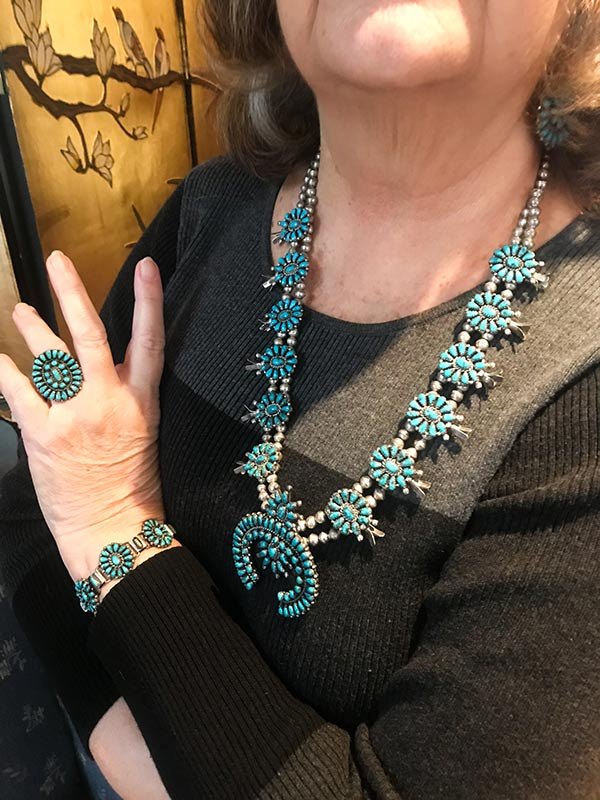 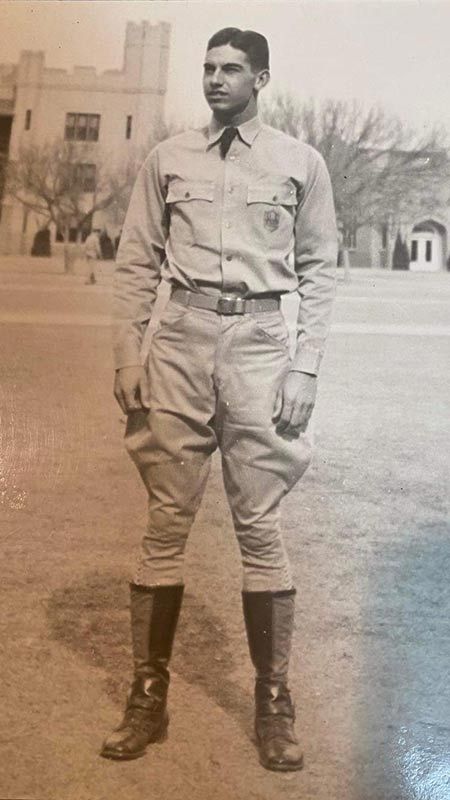 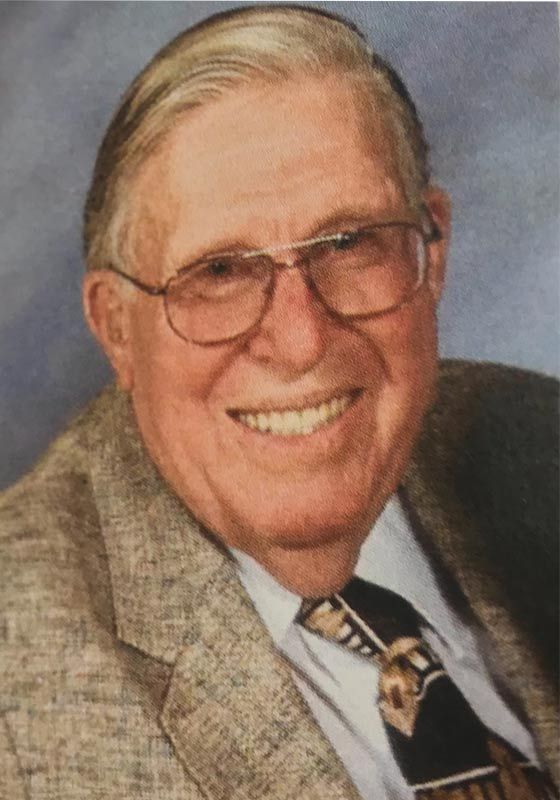 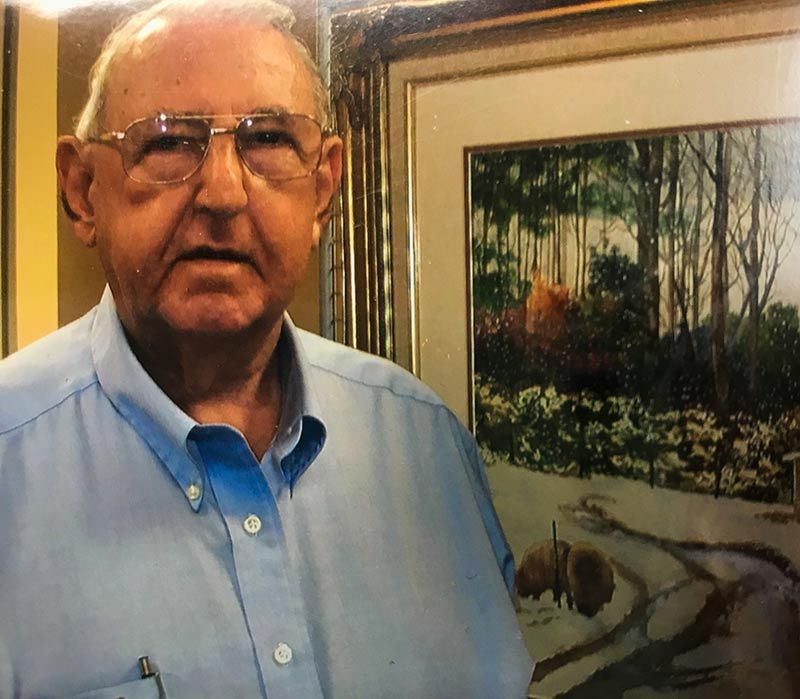 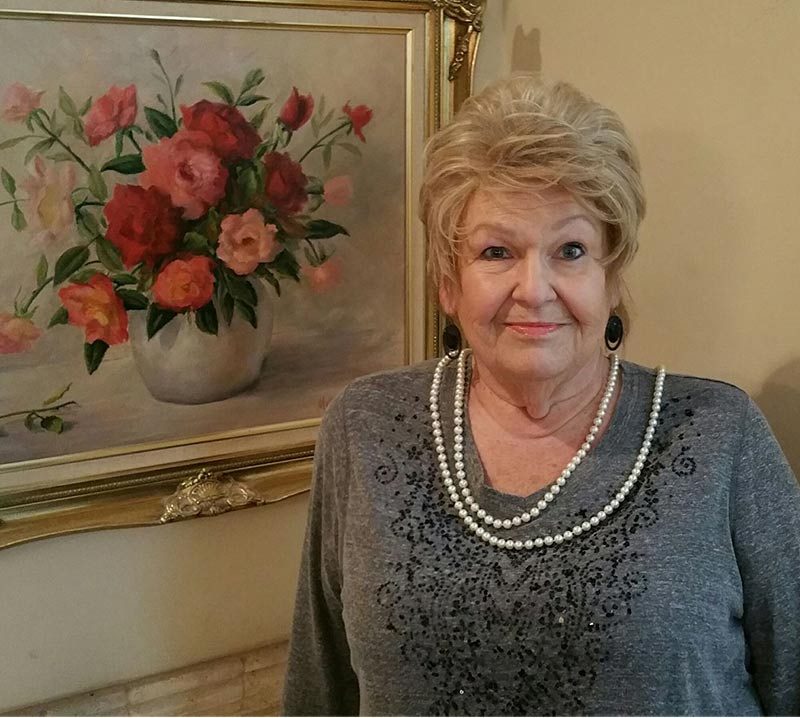 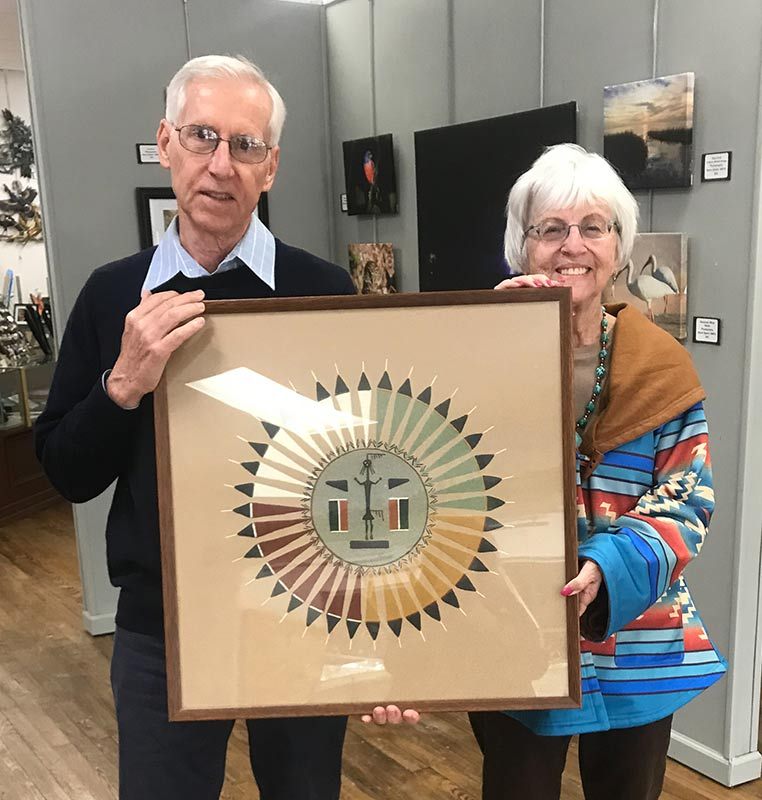 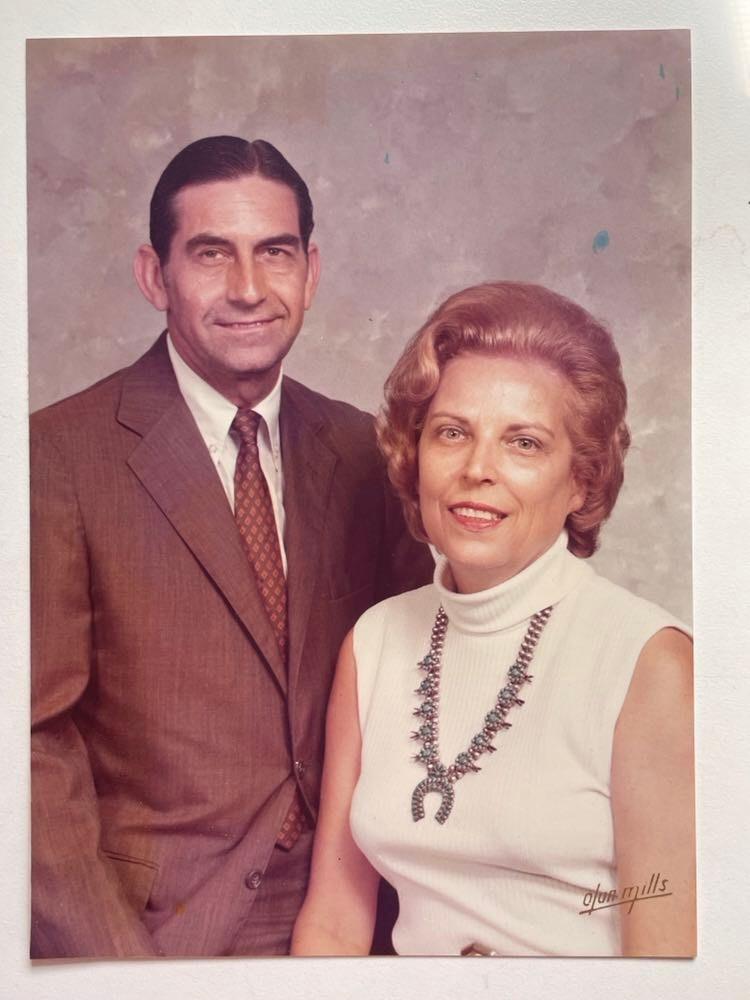 The Gateway Art Gallery in historic downtown Lake City, an extension of the 40-year-old Art League of North Florida, will recognize and honor recent benefactors in a special exhibit during the months of March and April.

The idea of this special exhibit began when the Lt. Col. Aloysius (Al) Harter Trust made a generous donation of support in addition to donating his personal art collection to the Gateway Gallery. Although he was not an artist, he was an avid collector. His collection includes signed and numbered lithographs, a sand painting by the Navajo tribe, and a large collection of his wife Grace’s vintage Southwestern Native American jewelry.

Hart was a World War II veteran who passed away a year ago at the age of 100 years. After living all over the world, Harter had made Lake City his home since 1999. Harter indicated to Rose Pavey, the executor of the Trust, that he wanted funds and support provided to non-profit organizations who benefited their citizens. Other beneficiaries include the World War II Museum in New Orleans, St. Jude’s Childrens Hospital, and the Ronald McDonald House in Gainesville, along with our own Lake City-Columbia County Historical Museum and Florida Gateway College.

He led an extraordinary life, entering the US Army in 1942 and eventually being sent to Europe. At the Battle of the Bulge, he was taken prisoner and moved from POW camp to POW camp. He and several other prisoners escaped from the Germans while being transferred. The escapees were taken in by farmers in the area until they could rejoin their units.

His wife, Captain Grace Kenly Harter, also served in World War II as a nurse in the Army, and after the war, becoming private secretary for 5-star General Omar Bradley, the joint chief of staff for NATO. Both Harters retired from the US Army. Her collection of vintage Native American jewelry will be featured in the exhibit.

The second benefactor to be honored is Wally Reichert, who passed away in 2018.  One of the original founders of the Gateway Art Gallery, the Art League of North Florida, and the Suwanee Valley Plein Air Painters, Reichert is known for his realistic watercolors of area scenes. The Gallery has continued to receive donations in his honor through the years and his family donated several of his larger framed watercolors to the Gallery. Reichert was a former Marine, whose lifetime was spent in the printing and publishing industries. He received his art degree from Florida State. Reichert was most well-known for his painting, but he also created stained glass and metal and cay sculptures.

The third and fourth benefactors to be represented in the exhibit are Del Porter and Jenny Anderson who have both recently retired from their art endeavors and have presented the Gallery with a series of their most recent work.

Also one of the original founders of the Gateway Art Gallery and a member of the Art League of North Florida for over 35 years, Porter is known for his intricate inlaid woodwork and marquetry, mostly in furniture. A World War II veteran who was stationed in Germany, Porter attended his first woodworking class at the University of Heidelberg 65 years ago. Now, a young 95 years of age, Porter has consistently won awards for his work in marquetry. Marquetry uses different woods, all in their natural colors, to create an inlay in complicated geometric mosaic designs or pictures, often on furniture. Porter was named Artist Emeritus for the Art League.

Though these aforementioned are all veterans (the Harters, Reichert, and Porter), the fourth benefactor is Jenny Rasmussen Anderson, widow of Navy veteran George Anderson. Jenny has been an artist for 40 years, starting as a self-taught artist. Her work progressed as she began to take classes and study directly under well-established artists. She paints with oil and acrylic on canvas and is a realistic painter. From their second home on the Gulf of Mexico, she often painted seascapes and local birds. She is perhaps most well-known for her florals and landscapes.

These benefactors made their homes in Lake City and Live Oak for decades and wished to donate to our local community and to support the arts.

The special exhibit opens with a community reception on Friday, March 11th, 5:00 – 7:00 pm, which is free. Appetizers and drinks will be provided. The Gateway Art Gallery is located in historic downtown Lake City on 168 N. Marion, across from the Courthouse. You may call 386.752.5229

All artwork on display from these benefactors is for sale as a fund-raiser for the Gateway Art Gallery. 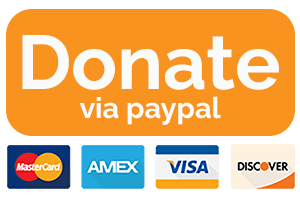